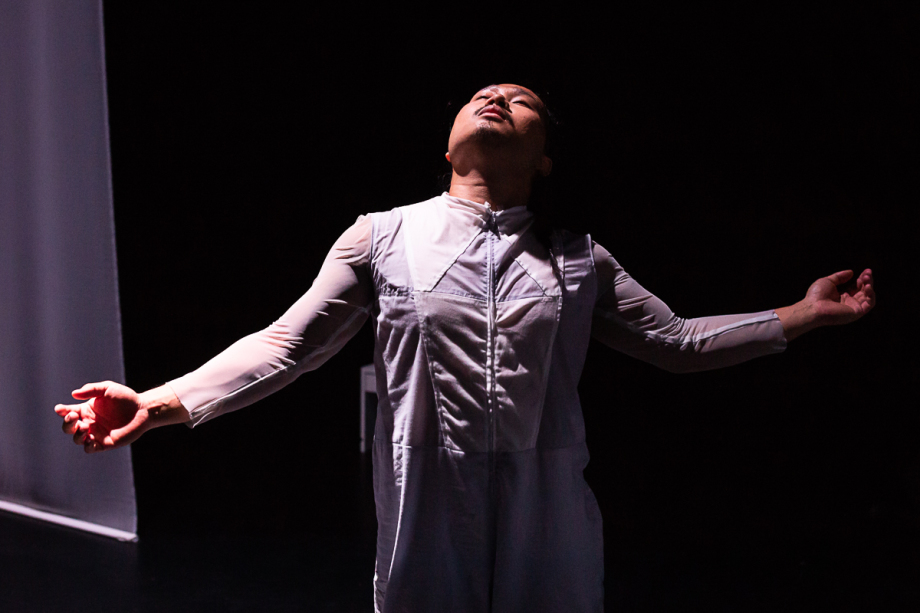 I met Vi as a student in our Dance Program at the University of Houston. Vi came to UH as a fisherman with a BBoy-Hip Hop background.  He was a buoyant spirit, eager to take on new challenges. In 2014, I invited Vi to join Karen Stokes Dance as a performance artist. My choreography is based in modern dance and it was a constant battle for Vi to realize some of the genre specific skills I utilize – like "pointing feet.”  I would correct him in rehearsal, "Hey Vi, in that big jump there - POINT YOUR FEET."  His response, "Awwwwww Karen!"  (As in, "Aw shucks, you mean they weren't pointed?")  And then - he would set about working on it – becoming a multi-faceted technical performer in the process. Ultimately, Vi’s dancing was not about pointed feet, BBoy windmills, or any specific technical skill  - although he was a remarkable physical dancer. His brilliance as a performer was that he bared his soul on stage. Vi gave his complete self in performance – it made him an artist. In my view, Vi’s stage presence had to do with his inner awakened joy.

I am reminded of this Pema Chödrön writing:

Vi was a teacher in joyful presence. I never saw Vi in a bad mood. Not once. He could be tired or hungry, but he did not hold negative energy. He was just Vi.  I called him my Buddha Boy. Not because he was Buddhist (he was), but because he appeared fully awake in love and joy. If I am to be honest, I hired Vi selfishly: I wanted his sunshine in my workspace.

Here’s another example regarding Vi's very “Vi-ness.” He could sleep anywhere. He did so without fanfare. At UH, we would see him nestled along a wall with his dance bag under his head and hoodie pulled over his eyes . . . happily and NOISILY asleep. We would know he was nearby long before we saw him . . . the sound of his foghorn snores would precede the visual.  He didn't make a fuss about anything, even being tired. If he was tired, he laid down, covered his eyes with a bandana, bag, or hood, and slept. He got quite a bit of playful joshing from peers about his snoring sleep-fests. One time his peers videotaped him snoring down the hall from our dance studio and posted it on social media. Vi thought the post was hilarious. 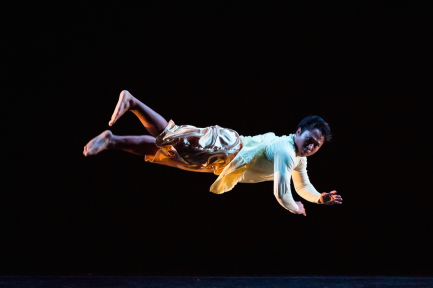 Vi had many memorable performances with KSD: He helped create a wonderful tumbling-arching-flying low level traveling sequence in “Space.” He sang a haunting tune in “Red Hourglass.” He was as strong as an ox, and a wonderful partner that everyone in the company trusted. He held the red line map boundary in “Mapping & Glaciers” – catching and throwing dancers across the line.  But it is a moment from our last rehearsals together in January 2020 that sticks with me. We were working on new movement material, mostly for fun, but also looking towards exploring new material for an upcoming project. I was watching the group perform the material in unison. All of a sudden, Vi became transcendent. I can't explain it. Vi became unearthly in his complete realization of the movement. Energy and light seemed to stream from his body, like contrails streaking through space. Every part of his human body was engaged with complete attention and intention. The expression on his face was tranquil, and also laser focused. I am not exaggerating when I say . . . he danced like a God. I was his sole witness. This performance haunts me now. I shared the experience with my colleague Teresa Chapman the day after it happened, getting completely choked up in the process. I had been given an unforgettable gift. 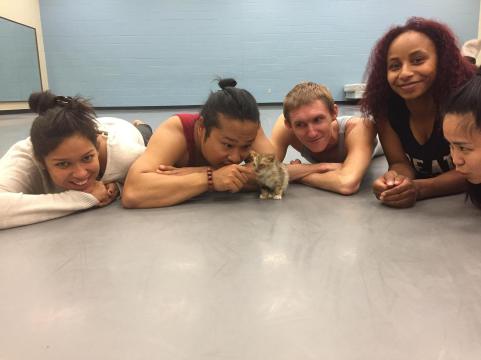 I have a company of animal lovers. A few years back, Vi and another company member rescued a tiny battered street kitten on the way to rehearsal. The company named him “Ted Shawn,” and set about the business of fostering, loving, and caring for him. Two weeks after the rescue, Ted Shawn had an eye problem that required surgery. That afternoon I got the phone call: Ted Shawn did not make it through the surgery. It was hard on the entire company. We were invested in his survival – and in a short time he had captured our hearts. Vi picked up Ted’s little body from the vet, and met with Brittany Bass to quietly bury him. Here is how Vi comforted me: “Karen, don’t be sad. Ted Shawn had a wonderful two weeks with us. It was just his time to go.” His words continue to pierce me with their truth.

Last summer before Vi left us, I saw a circle of tree stumps in the new Eastern Glades area of Memorial Park, and thought, “This is a perfect site location for a cool upside-down pandemic video solo for Vi.” But the tree stump circle will remain quiet and untapped. For me, it will always be Vi’s site. In casual group KSD photos, Vi is consistently in the center of group. How did that happen? I believe it happened because Vi knew that’s where he belonged. Vi was both our center and our circle. In the tragic week of Vi’s death, someone on a Facebook thread wrote: "Vi was an angel on earth." Another: "He was perfect." 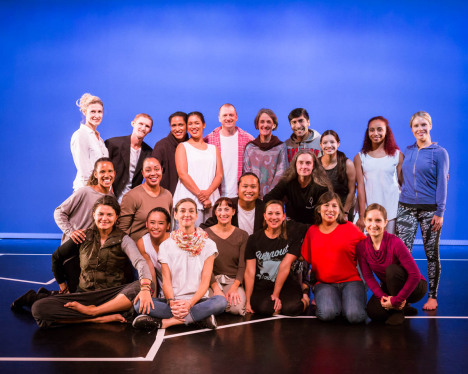 Director of the University of Houston Dance Program

Vi C. Dieu was born in Ho Chi Minh City, Vietnam on February 21, 1991 and passed away in a fishing accident on August 5, 2020. Vi was passionate about two things in life: Dance and fishing. He was beloved by all.